Winner of the 2016 Freelancer of the Year Award

It was a great night! My husband and I attended the 2016 Freelancers Unite Awards yesterday held at the building on the corner of King and Spadina.

If you remember a few years back this used to be a hostel but I was surprised to see how the building has transformed into a beautiful space. On a regular basis it is the home of BrainStation; a learning and educational hub for people interested in digital disciplines including Web Development, UX Design, Analytics and more.

CO-OP is a creative agency located in downtown Toronto, along with being the creators of the FU Awards. They work closely with freelancers and a big supporter of the independent working community. I had the pleasure of meeting a few of their partners last night. CO-OP’s strategy is quite simple; to reduce overhead they put together creative teams to solve business problems. Definitely a great steer away from the typical advertising agency business model and quite genius if you ask me.

To give a little background; the nominations for the FU Awards ran for four weeks ending on October 10th 2016. There was a over a hundred nominated freelancers according to CO-OP’s VP, James Loftus. This list was then shortlisted to about 33 nominees and then 10 winners.

According to Marketing Mag some of the Judges were the following: ‘CO-OP creative director Pete Ross, AutoTrader director of marketing Ian MacDonald, Mackie Biernackie co-founder Steph Mackie and Minto Group VP Amanda Mitchell, among others.’ So a special thank you goes out to all the final decision makers.

It is so gratifying to know that Freelancers are becoming more and more common! Along with people having the courage to go out on their own and pursue their passion. James Loftus mentioned some amazing stats that pretty much proves that freelancing is not just a trend but a lifestyle in which people are starting to embrace.

Many, many thanks go to my supporters and the people who sent in nominations. I wouldn’t be where I am without a great number of backers who have helped me in my little freelance journey. YOU ALL ROCK!

Lastly have look at the coverage in Marketing Magazine here. 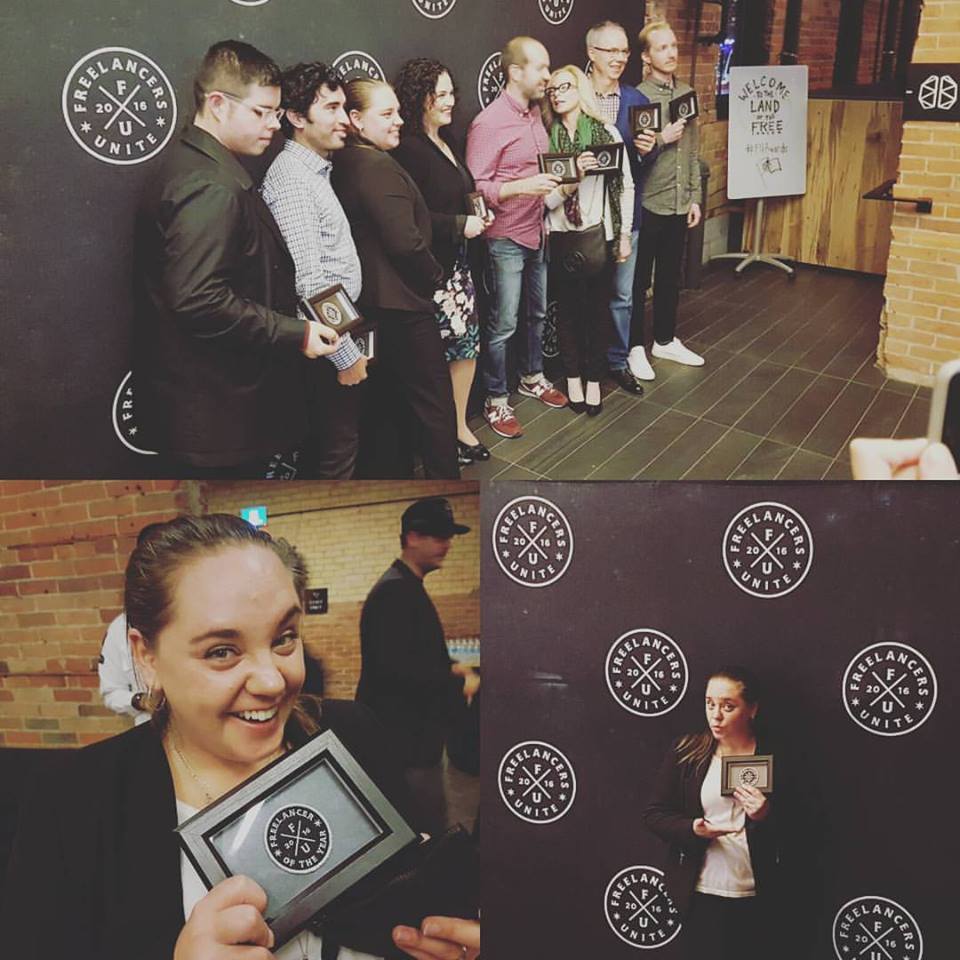